This autumn, I got the honour to speak at the Ruby Conference in Indonesia. It was a very well organized conference which attracted around 230 fellow Rubyists. I especially enjoyed to meet so many Ruby programmers from Indonesia

The conference was kicked off by Akira Matsuda who talked about performance optimisations in Rails. He showed several approaches how he improved the performance Rails and introduced a new gem, speed_king. The speed_king gem combines several monkey patches to do simple but powerful performance analysis.

Prathamesh Sonpatki presented about webpacker and best practices how to use it. Webpacker is now also the default way to manage assets in Rails 6 and makes Java Script a first class citizen (again).

Last but not least, Ryan Bigg explained why we should hire more Junior developers. Most companies nowadays focus on hiring Senior developers, however, the market is highly competetive. Ryan showed best practices how to hire, onboard and work with Junior developers to make your teams and organization more efficient.

Beside the three mentioned talks, there were also talks about IOT, Hanami, Sorbet and static typing in Ruby and various other topics.

Some impressions and slides from my talk. 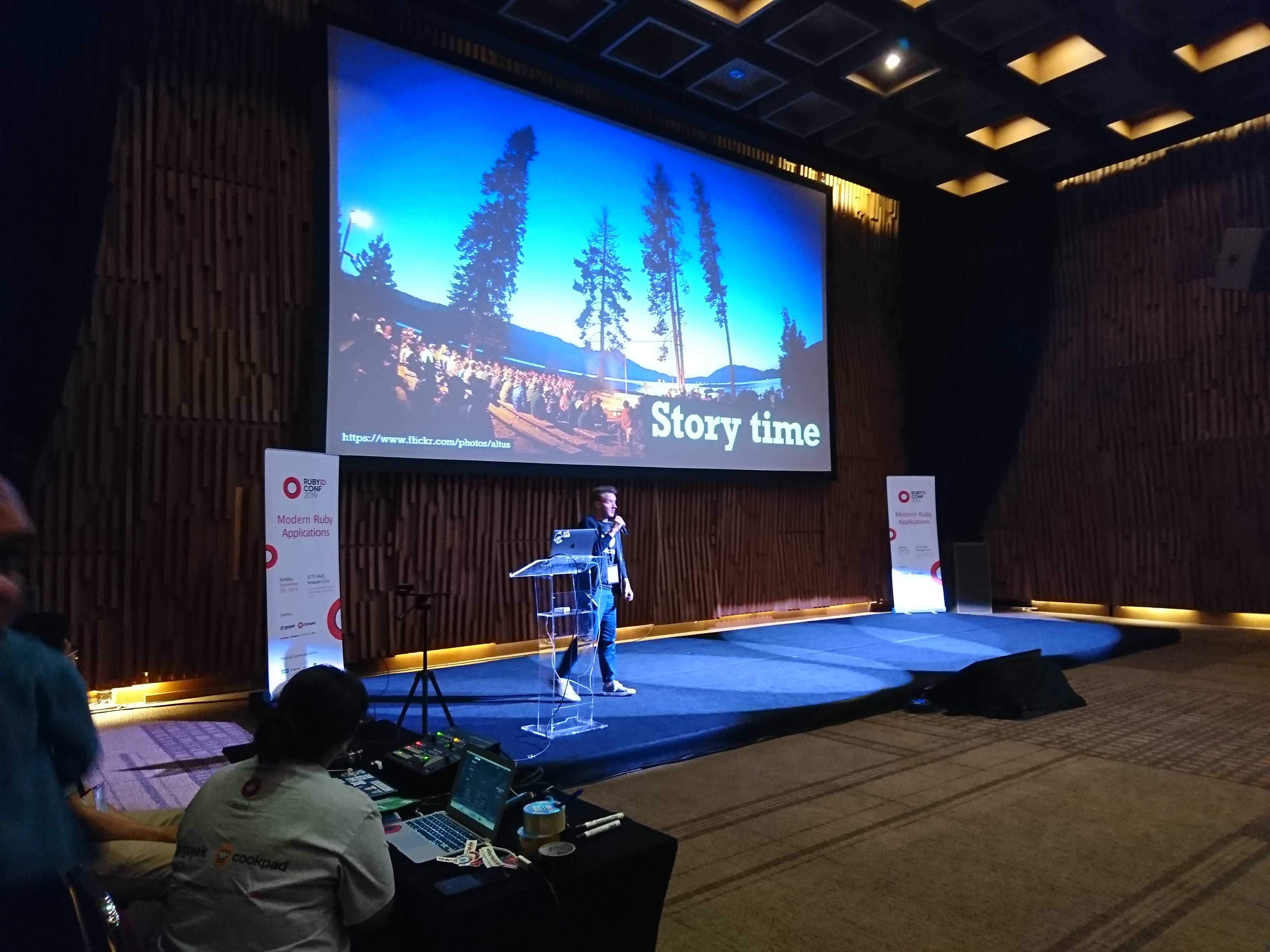